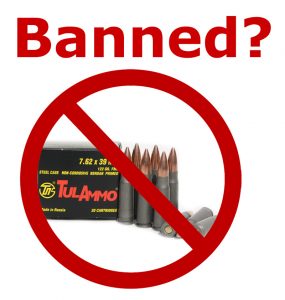 This is hop topic lately since on December 4th, 2017 the Secretary of State issued “guidance” to specify the following as persons that are part of, or operate for or on behalf of, the defense and intelligence sectors of the Government of the Russian Federation (long list to follows this, but ROSTEC is on it): Rostec (Russian Technologies State Corporation).
Now, why ROSTEC is important?
Because Rostec owes 100% shares of the JSC NPO Vysokotochnye kompleksy.
Why we should care about JSC NPO Vysokotochnye kompleksy?
Because THAT COMPANY COMPRISES of…Tula Ordnance Plant JSC, Tula Region…
Now, can someone with deep legal knowledge please comment on this?
Is ATF revoking Form 6 on Tula ammo imports?
Loss of Russian imported ammo would be devastating to the hobby across the board – everyone would suffer, Russians sell tons of ammo in 223, 9mm and so on…every gun lover in USA would suffer from it.
However, it would be catastrophic blow to those Russian companies as well.
US market sales are huge part of their business plan…so, I think they would get “creative” if only single factories would be put on sanctions list…let’s say Tula is on sanctions list, then you would see maybe Wolf selling re-branded Tula ammo and so on…