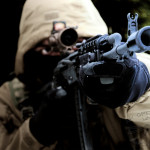 Nobody can deny popularity of practical shooting sports in USA these days. “3 gun competition”, USPSA and etc, have huge influence on shooting community all over the world. Some of the techniques learned from the competitive shooting were even adapted by many different militaries from around the world and by mastering and improving some of these techniques, many people build their franchises on it. 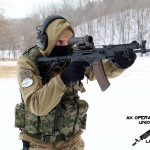 Generally, I’m very open to what competitive shooting offers, but recently I’m getting really annoyed by some of the techniques which are being pushed down our throats by “industry leaders” on AK community. Let me pick on so called “scorpion grip” first. I see people “suffering” from it all over the places these days. You can see on their faces that they really feel uncomfortable with it when running AK, but some DVD / YouTube celebrities said that this type of grip is the best, so they have to learn how to use it. Now to be perfectly clear, I would agree that in short run, “scorpion grip” is the best grip you can have on the rifle. Keyword here is “short run”. The problem with it is, that it is very impractical way of gripping AK rifle. First of all, AK has large portion of the weight upfront – this is because of the piston design, but also regular AK muzzle brake and front post are not helping either. 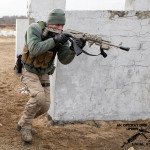 AK operators could be limited from utilizing “scorpion grip” by their rifle hand guards as well – especially if someone would like to use iron sights, there is huge probability that line of sight would be blocked by hand wrapping upper portion of the hand guard…but going back to the weight upfront problem, why is this important? Simply because of the mechanics. Operator arm is at disadvantage now and must deal with much more physical stress, because it has more weight to handle at the end of the rifle. The easiest way to witness physical consequences of “scorpion grip” on your body is to run with that grip constantly for few minutes without the rest. I can almost guarantee you that your arm is going to scream for break. That failure to understand AK mechanics and lack of respect for its design puts often AK users on the collision course with the reality in this situation. Mag well grip may not be as sexy as “scorpion grip”, but it works very well, so in my honest opinion, unless you are competitive shooter, I don’t see the real need to train a lot with “scorpion grip”. 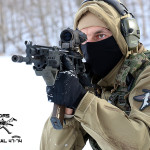 Yes, it is good idea to be familiar with it, know the limitations and maybe find the way where it could be used best, but I would rather spend my time on mastering something what I’m going to use most of the time in the real life which is magazine well grip…You may not agree with my arguments and I’m perfectly OK with it. If something works great for you, I don’t see the reason why anyone should change it, but please, don’t blindly jump on some idea only because some famous person on YouTube said so…

More about ways to hold your AK rifle in this very good video from Dima:

I have also discussed some AK rifles grip issues before in this video:

This is our 1st “heat test” on Krebs AK UFM Keymod Rail. I’m waiting for weather to improve (we had another snow fall last night) and we are going to re-run this test again when it will be warmer to re-check results. We are also going to increase rounds count to 150. We are also going to apply the same testing procedure to all other future rail systems reviewed by us. Still, even taking into the account that air temperature was 30F, this rail performed very well. I think this is mainly because of the many slots in UFM rail system body, which allows to air to flow freely and cool off metal at the same time.
– Rob Ski

This is recap from our Video – Episode 3 Muzzle Devices (Part 1).

Recently we have tested first 6 AK muzzle devices in order to find the best one. Our non scientific test is based on 3 main events: so called “dark room test” to measure flash hiding capabilities; side pressure wave test to measure impact on operators in close proximity to the muzzle device and finally muzzle climb test, which was very subjective test based on quick shooting of 3 rounds on target. We have also collected all the data, like physical measurements, weight and prices to give you better whole picture of the subject. Below is our first Top 6 list. The winner of this competition will be put against another 5 muzzle devices in our future episodes. 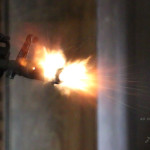 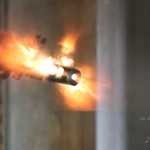 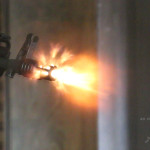 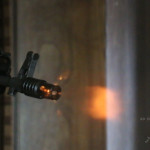 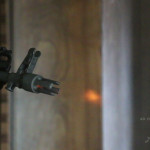